Inside One Woman's Journey With BPD And Unlearning Compulsive Attraction: A Self-Love Story - STYLE Canada

Inside One Woman’s Journey With BPD And Unlearning Compulsive Attraction: A Self-Love Story 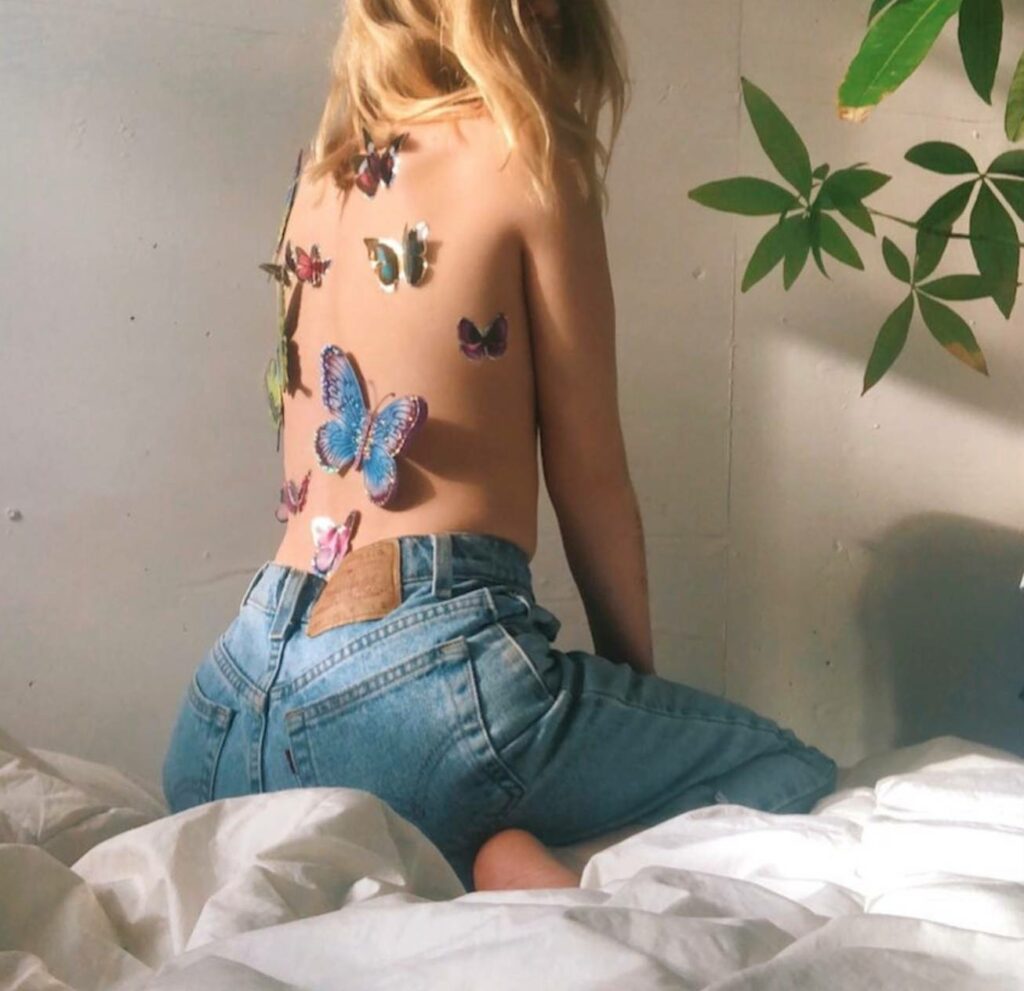 For as long as I can remember, I’ve had an intense attraction towards boys. I used to think it was uncontrollable until I discovered my Borderline Personality Disorder (BPD) diagnosis a couple of months ago.

According to Toronto’s Centre for Addiction and Mental Health, BPD is a mood disorder that makes it difficult for its occupants to regulate, handle their emotions and control their impulses. For me, this struggle manifests itself even more intensely in scenarios of romantic intimacy, which is why I’ve realized that BPD has fuelled and controlled my dating behaviour for many years.

It started very early. I had my first kiss on the school bus in senior kindergarten and subjected that boy to several more school bus kisses before my mom told me that I had to stop. His name was Spencer. I had a handful of other crushes before I reached the third grade and I can list them all by name: Conner, Scott, Nicholas.

Then I started at a new school and had three other boys compete for my love: Matthew, Marcus and Freddy.

I never chose a winner.

In grade four, I chased Mackenzie around the playground until he became my boyfriend. Then he didn’t invite me to his birthday party and I cried.

In grade four, I dated Freddy. I asked our teacher if I could have one of Freddy’s school pictures to stick in my journal. He said no, but I took one anyway and I doodled hearts around it.

My adolescent years passed in a similar manner, interspersed by various crushes and elevations of intimacy (my first real boyfriend for example), and I can list them all by name:

At one point or another, I thought each and every one of these boys were absolutely beautiful. Sometimes that attraction was a projection of my feelings for them, but often it originated from a deeper, more instinctive space inside of me. That kind of attraction has always been the most dangerous.

When I meet a beautiful boy, my muscles tense and my heart skips erratically. Every cell in my body stands to attention. I impart the neuroticism of this feeling on my BPD, but I’m certain there’s an element of appreciation in there that’s purely aesthetic – a trait I’m actually rather proud of.

My mom always told me that she was overwhelmingly struck by my dad’s beauty when they first met. Her mother says it’s because my mom is an artist and was drawn to him aesthetically. My parents’ marriage was unsuccessful but that fact alone remains romantic to me: the creative inclination towards beauty.

Maybe it’s something biologically embedded in us creative types.

“When I meet a beautiful boy, my muscles tense and my heart skips erratically. Every cell in my body stands to attention. I impart the neuroticism of this feeling on my BPD, but I’m certain there’s an element of appreciation in there that’s purely aesthetic – a trait I’m actually rather proud of.”

I was sitting on a friend’s front steps when I first saw him jump off his bike and stride up to the porch to greet his roommates. I was sitting down, looking up in awe at this stranger with warm skin and rich brown eyes. His accent, Arabic and French, rolled down onto me in lyrical tones. I was too distracted to make sense of anything he said, besides his name. The two syllables played on a loop in my head for several minutes.

I spent the rest of that night distracted by his presence while my friends chatted around me. Every time he left the room, I silently willed him to come back and a couple of times, it worked. Then he went to bed and I resolved that I’d likely never see him again.

So be it, he was a stranger after all. I’m familiar with how this compulsion functions in me – I’m consumed by awareness of this person until they are no longer present, then I sleep it off and spend the next couple of days recovering. Only after that, can I continue functioning as usual.

That being said, I really didn’t expect to hear from him the next morning. To my surprise, he had read an article I’d written about my recent diagnosis with BPD and taken the time to write a three paragraph Instagram message to me about his thoughts on it.

The notions of love and mental health I had written about resonated with him, and at the end he recommended a couple of books he felt I would enjoy. My cells bursting out of my body, I replied ecstatically and asked if he were free later that day so that I might have the chance to ask him more about his thoughts.

Part artistic curiosity, part excuse really. I don’t have patience when it comes to beautiful boys.

“I’m familiar with how this compulsion functions in me – I’m consumed by awareness of this person until they are no longer present, then I sleep it off and spend the next couple of days recovering. Only after that, can I continue functioning as usual.”

Later that evening, I sat with him in a park and asked about the perceptions of love he had mentioned to me in his message. His answers calmed my nerves.

The beautiful boy had given up what he calls conventional, monogamous concepts of love, two years ago. That isn’t to say that he doesn’t experience love or romance towards others, he prefaced, but that he doesn’t seek to confine those feelings within the limited parameters of a relationship. He’s curious about polyamory and more abstract, experimental forms of romantic connection.

This calmed my nerves because I was instantly freed from the vigilance of my attraction.

Though compulsively drawn to attractive boys, I am relationship minded and perhaps serially monogamous as well. Having decided that we were ultimately incompatible in that way, I allowed my aesthetic appreciation to have full reign over the interaction, which allowed me to find a more natural beauty in him.

I learned things about this boy that I would have been distracted from if I’d been trying to consciously control the tone of the conversation. For example: he told me about a brief love affair that he’d had in Berlin last summer with a stranger that barely spoke English. After several hours of intense connection, he kissed her goodbye without knowing if he’d ever see her again.

Taking into account my roommates’ reactions to this story later on, I would venture to say that western dating culture perceives this form of interaction as “fuck boy behaviour“. (A guy travelling and having sex with strangers that he’ll never have to commit to because he’s not monogamous). I see where the conclusion is drawn.

However, I think the difference is that he was never looking for sex. Not from the girl in Berlin and not from me now. His intent to diverge from conventional romance feels to me, a way of freeing himself from expectations of intimate connection. When he meets someone that he is attracted to, regardless of gender, he doesn’t immediately aim to make something of it the way that I did when I asked to meet up with him. He simply allows the connection to take him where it naturally will.

His anecdote intimidates me because of how far away it feels from my own relationship impulses, yet it inspires me for the same reason.

The way he expresses attraction sounds incredibly freeing, and a sense of freedom is exactly what the conversation allowed me to walk away with. At the end, I admitted that part of my initial motivation to speak with him had been my attraction to him. In saying that, I felt relief knowing that it didn’t mean anything more than the truth.

I didn’t say it because I was flirting or hoping to gage a mutual attraction, I really just wanted him to know. In turn, he told me that he thought I was beautiful too, but I could tell the compliment had no ulterior motive. In effect, it sounded more like “you’re kind” than “you’re beautiful“. It didn’t cling to me the way compliments from beautiful boys usually do.

I asked if I could take a picture of him leaning against the log we’d been sitting on together while the sun lowered itself over his warm skin. He said yes, and smiled shyly.

I really love that photo.

I imagine myself years from now, looking back at my photo albums, smiling at the picture of this beautiful boy whom I only knew for a few hours. I’ll remember that the moment in this photo freed me, if only momentarily.

As I continue to practice awareness of the behaviours revealed by my BPD diagnosis and the effects that it has on my dating habits, I find myself negotiating and coming to terms with certain elements. In some manner, I may always have this compulsion towards boys: an aesthetic appreciation of sorts. Though as I get to know myself better, I encounter instances where I’m able to override needlessly intense feelings.

When I walked away from our conversation, I wasn’t disappointed that it didn’t lead to anything. We didn’t hug or kiss, or make plans for the future. Rather than berating myself for not appearing more attractive or being too nervous to make a move, I felt completely energized. I could see that boy and the beauty of that moment for what it really was: just beautiful. 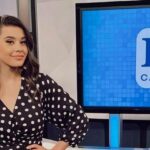 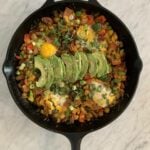 Next: Breakfast Skillet With Sizzlin’ Canadian Turkey Bacon? Get The Recipe Here