The 47th Toronto International Film Festival returns to its humble home in the city this month. For 11 days, Toronto offers attendees a diversve and innovate perspective on the art and business of film. Through international and Canadian cinema, TIFF’s Industry Conference and special events with some of the biggest names in the film industry, we can’t wait to step into the world of TIFF. Here are five films were over the moon about that’ll be showcased at TIFF 2022. 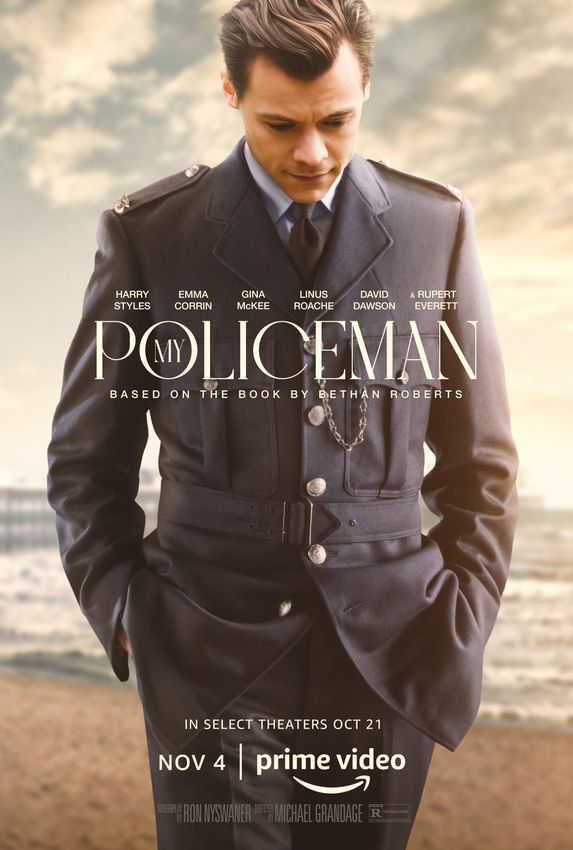 Tom (Harry Styles) is a young policeman in 1950s Britain conforming to society’s rules and fulfilling everything expected of him  — but his desire for more doesn’t go. He met Marion (Emma Corrin) at a summer beach, where she was attracted to him immediately, and they started a brilliant relationship.

Time after, they met Patrick (David Dawson), an experienced museum curator. They started a good friendship but quietly an invitation for Tom to experience new things with his sexuality where a love triangle is formed as tender as it is tenuous. (Schoettle, Jane. 2022). Tom is confused between his love for Marion and his passion for Patrick, which develops a series of events and confrontations that can affect their lives for decades. Here is where their older selves appear (Linus Roache, Gina McKee, and Rupert Everett), living under the weight of having changed each other irrevocably. (Schoettle, Jane. 2022)..

Adapted by Ron Nyswaner (Philadelphia, Freeheld) from the Bethan Roberts novel and directed by Michael Grandage with restraint and understated elegance, My Policeman builds as it lets its characters accept the truth about one another — and, in its final moments, we get to witness the quiet power of a love that can finally be embraced. (Schoettle, Jane 2022).

Canadian director V.T. Nayani’s feature debut — A queer love story between two women, one Iranian and Kanienʼkehá꞉ka (Mohawk), the other Tamil, starring Devery Jacobs (Rising Star of TIFF 2018) and Priya Guns — both living in Toronto. This film is rich in interaction and understanding of the Iranian, Mohawk, and Tamil communities.

Devery Jacobs continues her career, co-writing and co-executive producing This Place. She has left her Kahnawà:ke community near Montreal to go to the university in Toronto and look for her father. A window into her parents’ past love story carefully illustrates the complicated dynamics when a mother chooses her Kanien’kehá:ka community over her Iranian partner. (Boutsalis, Kelly 2022)

On the other side, Malai (Priya Guns) lives in an apartment in Downtown Toronto with her older brother. She is looking for her post-university choices while he has given up the opportunities to provide for them. That position makes the situation tenser between them, and when his father decides to re-enter, it gets worse. He has reached out to mend things with Malai and her brother before it is too late.

Both daughters of refugees found each other in a Toronto laundromat, where their love story begins. However, significant life events threaten to keep them apart.

With dialogue in Mohawk, Persian, Tamil, French, and English, This Place is a unique love story with universal elements that will resonate beyond language and communities. (Boutsalis, Kelly 2022) 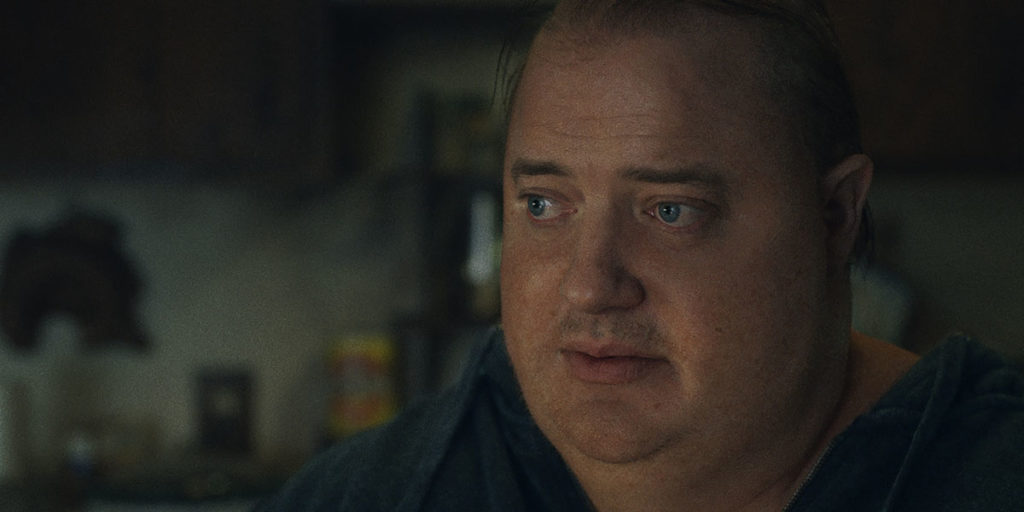 Brendan Fraser performs in Darren Aronofsky’s arrestingly intimate drama about a reclusive English professor struggling with personal relationships and self-acceptance, adapted from the stage play by Samuel D. Hunter. The Whale invites us to identify with a man in a precarious state of isolation that has been exacerbated by a potentially lethal mix of technology and our culture of body shaming. (Schoettle, Jane 2022)

Charlie (Brendan Fraser) is a writing instructor that never turns on his webcam while teaching online. He knows how to make excuses so well that no one complains. But what is the truth behind those excuses? His appearance, he weighs 600 pounds, and this situation is starting to be a threat to his health. His friend Liz (Hong Chau), a nurse begging him to check into a hospital, realizes that he needs not only support but help.

Charlie’s status quo is interrupted by his long-estranged daughter, Ellie (Sadie Sink). However, her desire to retake her relationship with her dad is present.

Meanwhile, Charlie receives a visit from an evangelist (Ty Simpkins) who engages him in a redemption conversation despite his lack of religious inclination. Let’s see if one of these persons can serve to help Charlie and guide him to the self-acceptance path he urgently needs.

Screenwriter Samuel D. Hunter, here adapting his play, has already proved himself a compassionate chronicler of offbeat characters with the FX series Baskets. With The Whale — the title a reference to Moby Dick, Charlie’s favourite book — Hunter has given us a story that fuses love, grief, and discomfort as a zigzag path to empathy. (Schoettle, Jane 2022) 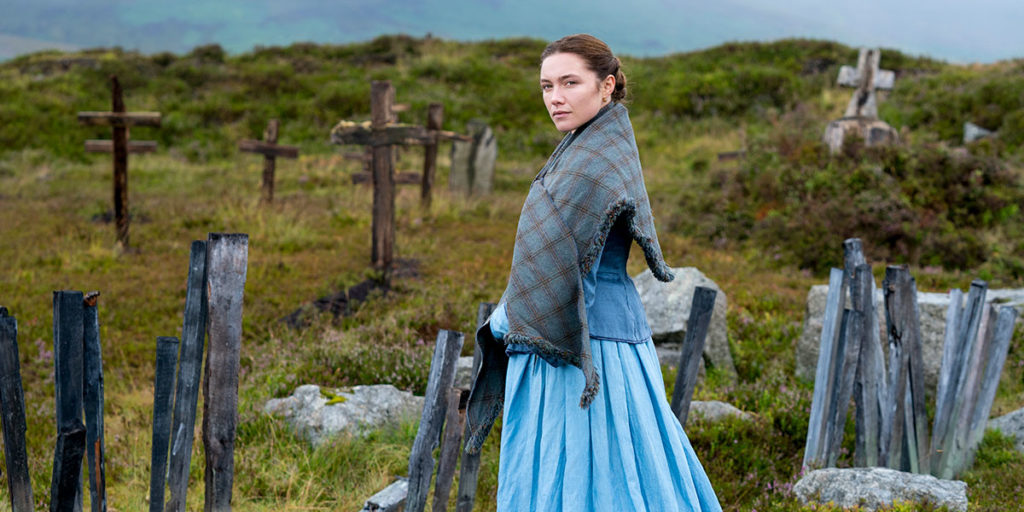 Based on the novel by Emma Donoghue and directed by Chilean director Sebastián Lelio, The Wonder stars Florence Pugh as a nurse in 19th-century Ireland hired to investigate the case of a child who has not eaten for four months. The Wonder introduces us to yet another formidable woman and frames the film by asking the viewer to consider the power of stories — those that society pushes upon us and those we create about ourselves. (Schoettle, Jane 2022)

Lib Wright (Florence Pugh), a veteran of Florence Nightingale’s Crimean campaign, is hired for a strange task: to analyze Anna, an 11-year-old girl who has reportedly not eaten for four months. All people in town start to have questions and want answers to how that is possible. The town council wants a professional and a nun to watch the girl and determine the cause of the phenomenon. Disturbed by an English journalist William Byrne (Tom Burke), that is willing for all the case information, Lib realizes the less she tells is better for saving Anna from an increasingly volatile situation.

This film is based on the novel by Emma Donoghue (Irish-Canadian writer), scripted by Alice Birch and photographed by Ari Wegner, all previous TIFF participants with unique projects.

Rich in substance and character exploration, while driven by a commanding performance from Pugh, The Wonder is a story of science versus faith that explores whether one woman can heal by utilizing both. (Schoettle, Jane 2022) 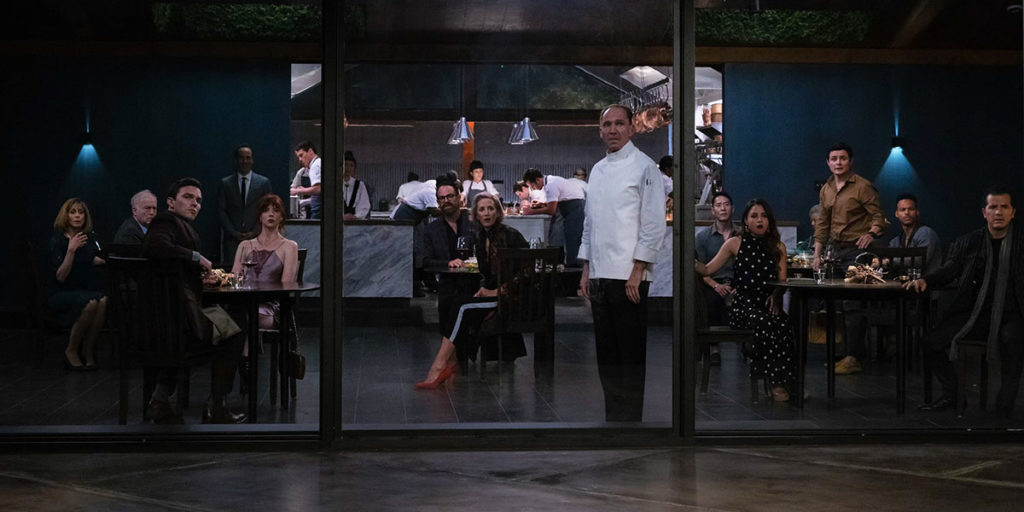 The culture of haute cuisine gets thoroughly roasted in this sharp satire from director Mark Mylod (Succession), starring Anya Taylor-Joy (The Queen’s Gambit) and Ralph Fiennes, about a destination-dining experience with surprises. (Schoettle, Jane 2022)

Hawthorne Island, a 12-acre self-contained farm-to-table paradise, is the most excellent venue for having exclusive eats, especially for celebrities and millionaires that don’t care about spending more than $1,250 each.

The participants of that evening’s dinner are Tyler (Nicholas Hoult) and his date Margot (Taylor-Joy), welcomed by Chef (Fiennes), who precedes each plate with a speech. He tells all the attendees to taste the food instead of eating it. Photos are not allowed.

Other guests are a movie star (John Leguizamo), a tastemaking restaurant critic (Janet McTeer), and three tech brothers. They have one thing in common: all of them have secrets hiding, and some hints to discover in each dish are exposed. Margot seems to be the only one immune to Hawthorne’s menu of manipulation and the only one that can see the vulnerable point of the Chef.

Written by Seth Reiss and Will Tracy, The Menu is loaded with wild twists enhanced by Mylod’s playfully ominous camerawork and inventive intertitles. As this foodie fantasy gradually transforms into a culinary nightmare, we come to savour the film’s brilliantly sinister pairings of status and guilt. (Schoettle, Jane 2022)

TIFF 2022 is on from September 8 – 18, check out their website for all the details about the above films and enjoy your TIFF 2022 experience. 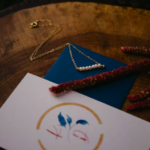 Previous: Our Weekly Favourites From “the edit” 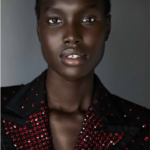 Next: In the Spotlight with Nya Gatbel