How I Found Love Online After 139 Swipes Left - STYLE Canada

How I Found Love Online After 139 Swipes Left 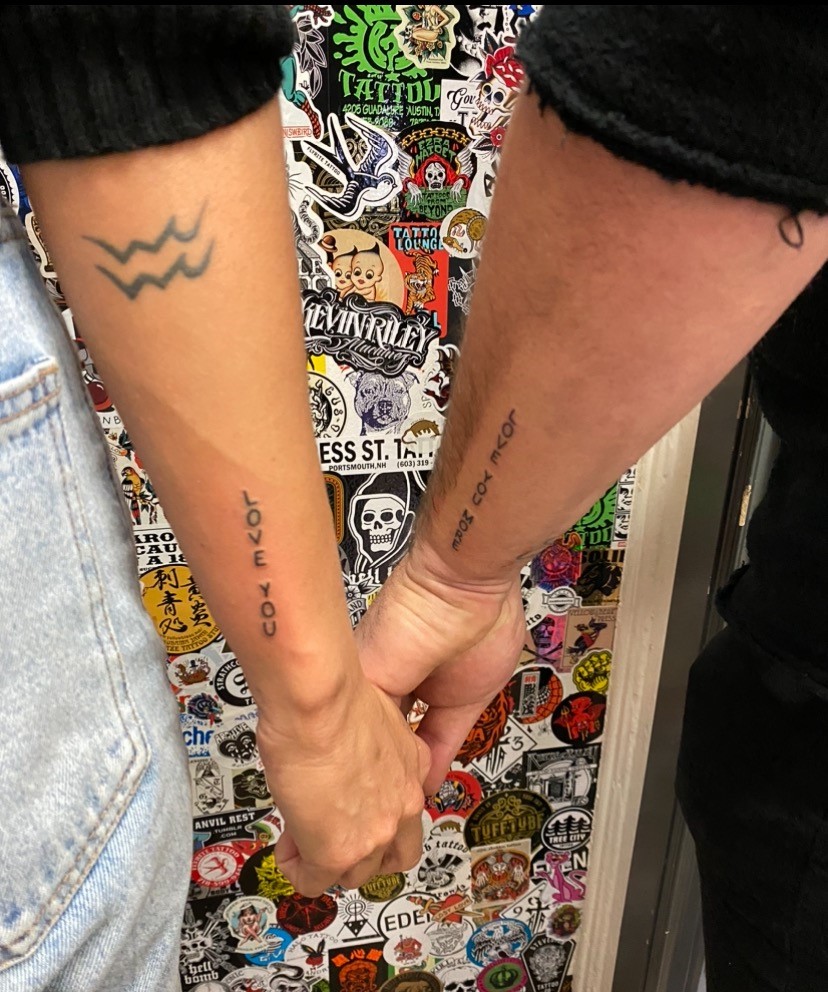 I can’t help it. Every time I listen to one of my girlfriends talk about dating and how difficult it is out there, my mind races back to that Sex and the City episode. You know… the one, in which Charlotte drags Carrie to a “Fountain of Faith” seminar in hopes of uncovering the reason she can’t find love. Charlotte is committed to the program put on by Dr. Cheryl Grayson, but its not working the way she hoped it would. When she tells Dr. Grayson that she’s doubtful she’ll find her soulmate, Grayson insists that it’ll happen in time and tells Charlotte to be patient. Charlotte, dissatisfied with the doctor’s response, insists that it’s just not working.

“But are you really out there?”

When Dr. Grayson comes back at Charlotte with this question, her doubt in Charlotte’s efforts light a fire in Carrie. In defence of her friend and every other woman struggling through the dating circuit, Carrie ends the debate in true Bradshaw tradition; “…believe me, she’s out there”.

My friends are out there too. They have dating stories that could fill about 200 three ring binders and some are having difficulty making that “connection”. I wasn’t out there for long before I met my fiancee, but I feel that I had similar experiences while dipping my feet into the dating pool. I now know that dating is a learning experience and a very powerful social tool if you allow it to be. Looking back at my journey, there’s things that could’ve made dating result in fewer dead ends and a little less turbulence if only I’d known them then.

The problem with what you think you want

When I first moved to Toronto, I was six months out of an eight year relationship. I didn’t know what I wanted and was open to anything. I knew that polyamorous relationships weren’t something I was particularly interested in, but I still went on that date because it intrigued me so much. Listening to someone talk about how they could have multiple partners and be happy at the same time was interesting. I was trying to make up for lost time and had few filters on my dating app. In turn, my calendar started to fill up with plans. Some dates were fun but most were disastrous – discovering you’re on a first date with a recovering alcoholic that may have no place to live in five days is a lot to take in before you’ve received the glass of wine you’ve ordered. It was after a date like this that I finally started to ask myself, what in the hell was I doing?

I came to this conclusion: I needed to make some adjustments on my dating app and a few to myself. I wasn’t looking to settle down but decided that from then on, I was only swiping right to real potential. And of course, that’s something you can’t decipher through a collection of five profile photos and a 45 word autobiography. Though dating apps make it easier to choose potential partners by adjusting filters to match innate preferences, they make it even easier to continue searching comfortably within those parameters.

“…I was only swiping right to real potential. And of course, that’s something you can’t decipher through a collection of five profile photos and a 45 word autobiography.”

I’ll tell you this: you owe it to yourself to try dating who you think you want. There will always be qualities you deem non-negotiable and qualities you think you might be able to compromise on, or eventually accept and appreciate. Hobbies, interests, favourite television shows, vacation destinations – it’s OK to not share any of these things with someone off the hop. In fact, these differences and unknowns are what you can use as an opportunity to learn more about someone.

Using this strategy, I went on fewer, better dates that consisted of quality conversation. I started to think that I was on the right track, so I became more invested and my hopes were elevated. Unfortunately, that didn’t last long. The more dates I went on that didn’t lead to a second or third, the more discouraged I became. I considered my time valuable and most of the people I saw weren’t. I convinced myself that I was still being too lax in terms of what I wanted and found myself swiping left to basically everyone.

In a recent study study conducted by Cowen and Company, it was found that the average Tinder user swipes 140 times a day. (Hello, carpal tunnel!) Like any other app, you eventually become addicted to it; laying in bed and unable to sleep, you open it up. An hour into your unintended search, you’ve said no to 98 per cent of the matches suggested to you. Dutch scientists Tina Pronk and Jasper Denissen say that people unknowingly switch into what they call a “rejection mindset”. This theory suggests that the more people you reject, the more dissatisfied you are with the overall dating pool. You become so accustomed to saying no, that you subconsciously create stricter internal criteria for potential matches. Instead of spending mindless hours on apps and sites, you should set out scheduled time for online dating. Doing so allows you to spend a greater amount on each individual and requires you to really think about why you’re making a specific choice.

With this new information in mind, I made a valiant effort to go out more. The dates that followed perpetuated a cyclical pattern; conversations would fizzle out or somewhat-of-a-relationship would end after going on several dates, getting intimate, and catching feelings that weren’t reciprocated. When one fling ended, I’d go back in for more. And if you’ve been stuck in the same cycle, you may agree that on some days, trying for a valuable relationship is enjoyable and on others, it feels like an energy-sucking job.

Since dating was becoming tiring and discouraging, I let my roommate play matchmaker whenever he wanted to. It was a Saturday afternoon that I allowed him to take the lead and within five minutes, he found a potential match for me. On screen the match was almost perfect. This handsome, smart, well-dressed man also had a great job. Was he even real? In person, he was a carbon copy of his online persona. There was chemistry across the board. He was intellectual and affectionate in public. I liked him probably more than I should have, so when it ended after two months it stung. Did I try too hard? Did I text too much? Was there someone else?

Not everyone gets answers to these kinds of questions but in this instance, I got some. What I learned was that he was still dealing with separating from his ex and felt guilty for attempting to fill the void with whatever relationship we had. It was an unfortunate ending to a lovely romance, but I was at an age where mostly everyone had baggage. Mine was dealt with years beforehand, but the situation made me wonder if I truly unpacked it? It didn’t hurt to think about anymore and I no longer felt a sense of loss or disappointment, but I did feel it at some point. Why hadn’t I explored those feelings? And why was I out there looking for someone to be with when I didn’t really know myself?

By asking these questions, I happened upon a very important answer, I didn’t know what I was looking for: I wasn’t having any success with dating because I hadn’t made sure I was in a place where I could have it. Self reflection and evaluation are essential tools in growth. I needed help, so I sought out the guidance of a professional. I discovered a fair bit about myself in a short period of time. For starters, I needed to work on my communication skills. I always saw myself as an excellent communicator, but I failed to recognize that I was only good at communicating the things I wanted to talk about. I was told that I was a “fixer” – I used others as a distraction so I didn’t have to work on myself. Again, something needed to change.

There was a period of time after starting therapy that I was consistently working on myself, and it was also during this time that I received a direct message from a guy I went on a brunch date with two years before. I was hesitant to go out with him again because he was only a few months out of a relationship and I was just starting to get back into dating, though three glasses of wine and a bit of peer pressure from my girlfriends to me otherwise. Our meeting was spontaneous and I had a nice time, but I still wasn’t sure how I felt about him. Two weeks later, tentative dinner plans turned into a cozy night in after I admitted that I didn’t want to get dressed up and spend a night out. Instead of cancelling, he respectfully accommodated how I was feeling. Seven months later we moved in together and two months ago he asked me to marry him with the ring of my dreams. He is my person. He grounds me, challenges me, supports everything I do and makes every aspect of my life better.

It’s funny how life works out, isn’t it? I don’t believe I ever had a “type”, but if I did, it wasn’t him. We had so many differences between interests and experiences, but foundationally and fundamentally, we valued the same things. In a world where there are endless options at our fingertips, it can seem impossible to find real connection without putting a solid effort into it. Dating isn’t easy. I applaud, empathize, and respect anyone who’s putting themselves out there. There’ll never be a guide to doing things the right way, but here’s a recap of lessons I learned on the way to finding love:

In the end, it’s impossible to appreciate and know unconditional love, respect, and trust without seeing what it doesn’t look like. As fictional a character she might be, Charlotte got her happily ever after when stopped putting so much pressure on herself and others to achieve it. She let go of what she wanted her life to look like and was able to discover what was important to her. After all, relationships are never perfect – especially the ones we have with ourselves. 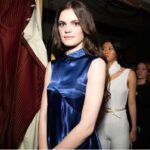 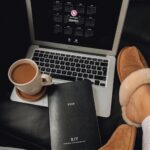 Next: How-To: Beat Your Resolution Perfectionism in 2020