One Woman Shared Her Cancer Journey With Us - STYLE Canada

Menu
Home HEALTH, PERSONAL DEVELOPMENT, SELF, TRENDINGOne Woman Shared Her Story With Us In Honour Of National Cancer Survivors Day – And She’s No Longer Afraid 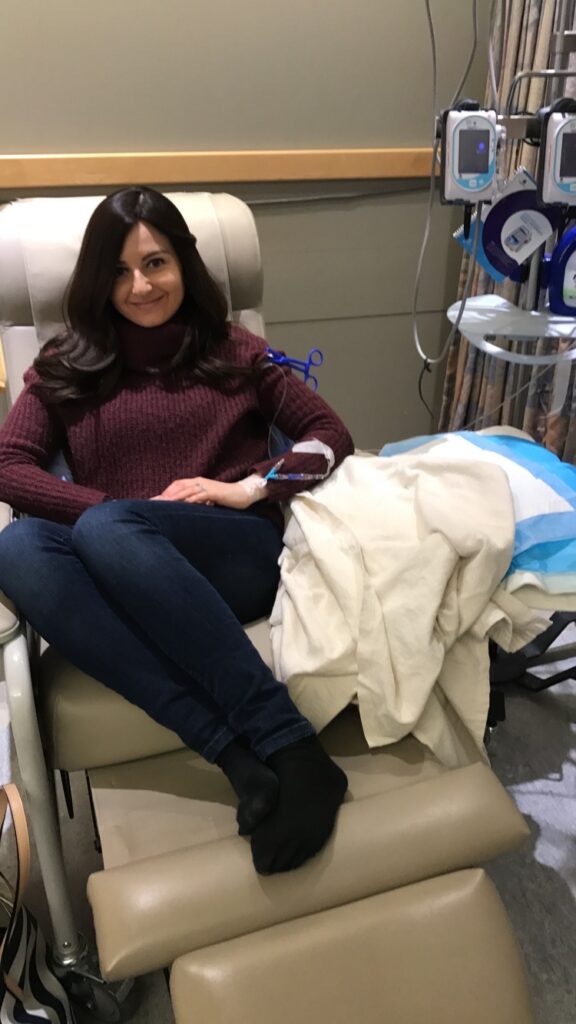 “There is a swelling storm and I’m caught up in the middle of it all, and it takes control of the person that I thought I was.” – Dean Lewis

Every time I hear this song, it takes me back to the time when I heard those words, “You have breast cancer”. That feeling, that wave crashing over me like I was in the middle of a storm and that I was drowning slowly…

My name is Vanessa Delle Monache and I am a blogger and cancer advocate. I felt called to share my story after my second bout with cancer. I needed to express myself in a positive way and find the good in what was happening to me.

Cancer does not discriminate. It can happen to anyone, at any age. I think it’s so important to be vigilant in your own health care, because you never know when it can strike. Early detection can save lives.

I was first diagnosed at the age of fifteen with Hodgkin’s Disease. My only symptom was a tiny lump on my neck that felt odd. Little did I know, I would be diagnosed with Stage Four Lymphoma that had spread to my lungs. I completed chemotherapy, radiation, and spent a lot of time being very sick in the hospital.

To be honest, a lot of this is a blur to me because I was too sick to remember it. The one thing that I do remember well was losing my hair. Being a teenager, I thought this was the worst thing that could have ever happened to me. I was devastated.

In the years that followed my remission, I struggled with sharing my cancer experience with other people. I think one of the reasons was because I was ashamed and embarrassed to have been diagnosed with cancer – crazy, right?

At my high school, I’m pretty sure I was known as “the girl that had cancer” instead of just being Vanessa, and I hated it. I tried very hard not to associate myself with the word cancer.

Since I had radiation to my chest at a young age, I was told that there was a possibility that I could develop breast cancer later in life. When I was told this at age fifteen, I didn’t think too much about it, and put it in the back of my mind.

I moved on with my life – I went to university, became a teacher, and got married. The naivete of youth was a blessing. I spent the next fourteen years cancer free, just living my life.

​In my mid-twenties, because of my prior history, I had regular breast screenings. I knew it was a possibility that I could develop cancer again, but I never really thought it would happen to me. I mean how often does lightning strike twice? But it did.

Just before I turned thirty, after a spot showed up on an MRI, I had a biopsy and the results came back positive for breast cancer. The second I heard those words come out of my doctor’s mouth, my body felt completely numb and I looked at my husband in shock. I couldn’t feel any lumps or bumps in my breasts, and I didn’t feel sick.

​This diagnosis came just over a year after my husband and I celebrated our first wedding anniversary. No newlywed ever thinks that they will get a breast cancer diagnosis at age twenty-nine, and yet here I was.

The next few years were literally a roller coaster ride for my husband and I, and our families. There have been so many ups and downs including numerous surgeries, as well as chemotherapy and radiation treatments once again.​

In the past I was always afraid to talk about the impact that cancer has had on my life. I have finally come to a place (with the help of a fantastic therapist) where I am proud of everything that I have gone through, and I no longer want to stay quiet about who I am.

Cancer doesn’t define me, but it is a part of my story. Two years ago, I decided to start blogging about my journey in hopes of helping others impacted by this terrible disease. Cancer can be extremely isolating, and I want others impacted by it to know that they are not alone in their fight.

I also share my story to encourage others to get to know their bodies and to advocate for themselves when something doesn’t feel right. Going back to the beginning of my story…

“But there is a light in the dark, and I feel its warmth, in my hands and my heart…”

Even though the beginning of the song feels bleak, my journey has taken me to a place of strength and power, and I’m no longer afraid. I embrace the person I have become. 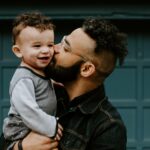 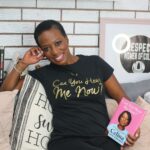 Next: Celina Caesar-Chavannes On What It Really Means To Have A Seat At The Table