These Were the Personal Essays of the Year - STYLE Canada

Menu
Home SELF, TRENDINGOur Favourite Personal Essays Of The Year (So Far) In Honour Of Mental Health Awareness Week

Check our favourite personal essays of the year in honour of Mental Health Awareness Week. Like 2020, 2021 has been yet another mentally draining year. But if there’s one thing that helps us through, it’s knowing that other people are going through the same things.

Over the past four months, our team of contributors has covered everything from overachievement to racism, and in our list of favourite personal essays of the year (so far), there’s something to binge read based on your #feels at the moment.

#1: “Forgive Me Glennon Doyle, But Are We Addicted To Bettering Ourselves Or Just The Idea Of It?” – An Essay On Growth Mania by Kristen Vizzari

Kristen explains that as a society, we have become obsessed with growth. Personal growth, the growth of our bank accounts, possessions, spirituality and instagram followers. So, we read and we listen to people who are “braver and wiser than us” and hope to learn how they were able to create their own paths, achieve on their own terms, and discover a better, more fulfilling way of living.

She prefaces her essay by stating that she “very much” likes Glennon Doyle, the author of Untamed, but every time she picks up her book, more questions about it rise to the surface. Find out why, here.

#2: The Difference Between A Shoulder To Cry On And A Person To Rely On: Emma J-W On Distinguishing Codependency

When Emma was diagnosed with Borderline Personality Disorder (BPD), she began a deeply reflective self-therapy journey to target unhealthy relationship habits. At the tail end of another breakup, she realized that not only was she desperately afraid to be alone, she also shaped her behaviour around whomever she was in a relationship with.

Having finally developed some self-awareness of these patterns, she renounced codependency and began to reconsider her cognitive responses to romantic interaction. Follow her journey here.

#3: Anti-Asian Racism Is A Canadian Problem Too, But You Can Help Break The Silence by Katy Ho

Katy Ho told us that when six Asian women were shot and killed in Atlanta, Georgia, she felt hopeless. The Atlanta shooting, unfortunately, was only one of many anti-Asian hate crimes. Racism towards Asians didn’t just begin with COVID-19 – it can be traced back to the exploitation of Chinese railroad workers on the Canadian Pacific Railway, the Chinese Head Tax, and the internment of Japanese Canadians during the Second World War.

Over the years, the racism has taken a more insidious turn in the form of microaggressions: Asian people became comedic punch lines, their cultures became caricatured costumes, bizarre foods, and edgy tattoos. All this, and it took death and violence to open the world’s eyes to the reality of anti-Asian racism. Read more about it here.

Is there anything you want to hear more about? Send us a note here. 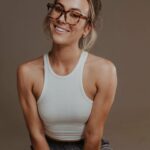 Previous: Do You Have Anticipatory Anxiety? Let’s Talk About It With Mental Health Guru Megan Gallagher 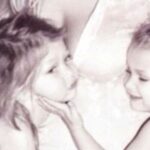 Next: What Our Mothers Taught Us About Beauty