Stockholm: The Venice of the North - STYLE Canada

Menu
Home CULTURE, TRAVELStockholm: The Venice of the North

Stockholm: The Venice of the North 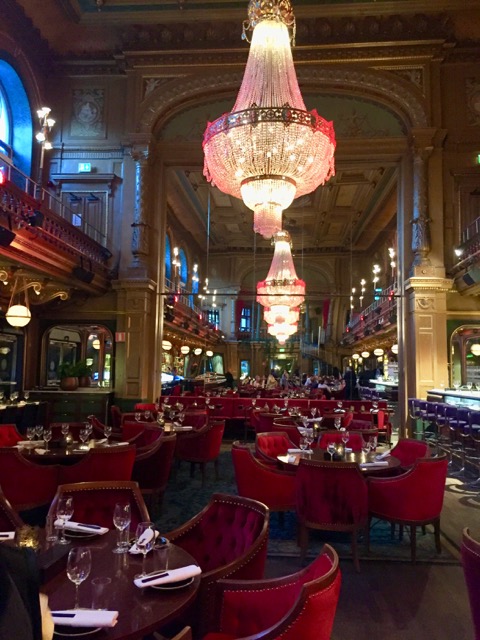 Stockholm, fondly known as the Venice of the North by locals, is truly that and more – this being said by someone who has never been to the real Venice. Stockholm is an incredibly modern take on a traditional, old European city with many historic buildings still standing proudly amongst modernized malls and night clubs.

Arriving we drove through busy city streets that reminded me very much of Toronto or another modern city. Noticing the number of bridges we crossed, I inquired and this was when I learned the name “The Venice of North” and it’s meaning, which is that Stockholm is made up of 14 islands each intertwined by rivers connecting Lake Märalen to the Baltic Sea. Crossing into the old town, Gamla Stan, where our Airbnb was located, it was as if being transported in time as we left the modern side of the river to enter a traditional, almost Medieval, old European town.

Arriving outside our Airbnb, our building is painted a hue of yellow, which evidently is the popular or only choice of those in Stockholm’s old town. Speculation has it that this colour is intended to match the Royal Palace, which sits on the Gamla Stan island and continues to be used as offices for the Swedish Royal Family today. Yes, Sweden does have a royal family and yes, they do still have eligible bachelors (although they may be a little young), giving us some hope following Prince Harry-Heartbreak. Our Airbnb overlooks one of Gamla Stan’s traditional cobblestone streets lined with cute cafes, restaurants and shops and ending in a grand square dotted by the keen Swedish sun seekers who have learned to take advantage of their rays when they can given their long, dark winters.

In an attempt to acquaint ourselves in this new city, we spend our first morning zipping through the city streets on classic, yellow Vespas – just like the movies right? Yes, except add a dorky white helmet and the crippling fear that comes with operating a Vespa for the first time. However, given some time to adjust, this actually turned out to be a really interesting way to see the city using the pre-programmed GPS that came with the Vespa rental. Our GPS brought us to many of Stockholm’s hidden gems, like the city lookout at Ivar Lo’s Park – we enter off the road through a nondescript black door to be delighted by a beautiful boardwalk seemingly on top of the river with panoramic views of the city. We were also directed to SoFo, Stockholm’s beloved take on New York and London’s SoHo. Similar to the SoHos we know, SoFo is Stockholm’s hipster district littered with funky coffee shops and, of course, hipsters.

Following our Vespa adventures, we enjoyed dinner at a restaurant that presents an eccentric take on sushi in combination with traditional Swedish food set with chandeliers, traditional red velvet chairs and big round tables. We quickly came to realize that Stockholm is a major foodie city with a plethora of restaurants housing everything from traditional Swedish meatballs and reindeer to delicious Pho served from a restored warehouse.

On a rainy day in Stockholm, our list of museums we wanted to visit was the priority. The Vasa Museum drew us in instantly with the awe of walking into a room simply housing a massive ship whose maiden voyage dated back to 1628. Unfortunately, this magnificent maiden voyage lasted a mere 1300 meters before the ship sank within view of the shipyard that built it. The museum is fascinating and even more so is seeing the original ship, which experts believe will not be around for many more years as the oxygen deteriorates it. On the hunt for more perusing, good food and good views, we found the perfect museum – the Fotografiska, photography, museum. Here we found beautiful and interesting exhibits of photos, but what we found upstairs may have been even better. On the third floor of the museum is a restaurant and bar with all windows facing the river and looking out over Gamla Stan and surrounding islands with yet another breathtaking view.

To finish off our visit to Stockholm, we spend our last night in a cozy restaurant in Gamla Stan, around the corner form our Airbnb, doing as the locals do and trying reindeer. I am not a huge meat eater, but I have never had a more delicious and tender piece of meat. Walking home along the cobblestone, I still hesitate which apartment door to enter as by my final day I still cannot differentiate between the matching yellow buildings each with a heavy wooden door.

Holly is a university student from Toronto. She loves the street style of the city and the Toronto lifestyle. She is also an avid traveler, working her way through exploring the world.

Planning your next trip and want to check out some other options. See below: 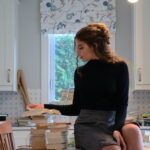 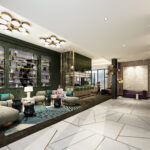 One Reply to “Stockholm: The Venice of the North”