Tayshia Adams On Being The Bachelorette - STYLE Canada

Tayshia Adams On Being The Bachelorette, Mental Health, BLM & More

“For something like that to be broadcasted on a show that is in millions of homes, was really special.”

That was what Tayshia Adams – the most recent Bachelorette – told Elise Gasbarrino and Aleah Balas about contestant Ben Smith‘s mental health confession on Let’s Talk About.
Though Tayshia ended the show engaged to New Yorker Zac Clarke, her season of The Bachelorette is well-known for discussing important social issues such as the Black Lives Matter movement, which Tayshia and contestant Ivan Hall shared an intimate conversation about.
As the first biracial lead on the show, the bride-to-be became a shining example of authenticity on reality TV. A proud daughter of a Black father and Latina mother, she is proud of her heritage on both sides.

What’s she up to now? While traveling between her homes in Los Angeles and New York City, Tayshia trains for the upcoming New York and the London marathons. She’s also a host of Click Bait with Bachelor Nation.

Tayshia first appeared on The Bachelor franchise on Colton Underwood‘s season, landing among the final contenders for his heart. After winning the audience over with her infectious energy, she returned to TV on the sixth season of Bachelor in Paradise.

To listen to Tayshia’s episode of Let’s Talk About, simply search for “Let’s Talk About” on any major streaming platform and for more information, head over to our podcast homepage, here. 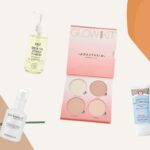 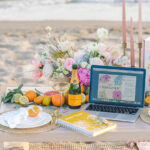 Next: Join The Atelier Collective For A Month-Long Women’s Business Conference Online This June