Menu
Home PERSONAL DEVELOPMENT, SELFThe ‘Unconscious Bias’ You Didn’t Know You Were Facing As A Woman

Ever watch an old commercial in which a perfectly coifed white women makes dinner or cleans in heels? I look at the disheveled reality of my life versus those commercials and the onslaught of perfection shown through social media and I ask the question: will I make it today? But I’m empowered right? Fun, snippy quotes online remind me that I can do anything. I can walk out the front door and apply for any job I like. But will I get it? Not sure.

Getting ahead is one part skill, one part who knows you and another part unconscious bias – something you may not be aware you have yet a battle you need to wage. When you look at the impact that bias (unconscious or conscious) can have on the lives of not only women but racialized and Indigenous cultures, we have a divided country in which:

According to an article published in the Harvard Business Review by Robin J. Ely and Irene Padavic called What’s Really Holding Women Back, women’s advancement has slowed considerably since the 70s and 80s. In fact, bias has played a significant role in the stagnation. The work/family narrative in which women (childless or not) are painted as more dedicated to their family are said to not have the capacity to commit to the demands of a leadership role.

As a mother of three and a former banking executive, it’s hard to feel like you’re getting the work/family narrative right. When my kids were babies, I pushed myself harder to prove I could deliver results post-pregnancy. This meant working after I put my kids to bed, going into work sick and pushing myself hard. Like others, I adapted to my work environment and it took an incredible toll on my personal life, ending in divorce. But hey, I’ve gotta be an executive, right?

Amy Laski, founder and president of Felicity, a successful public relation firm focused on wellbeing, did something completely different. Also a mother of three, she asked her prior employer for more flexible work accommodations to help balance her job and family. Her employer refused and Laski started her own business. After eight years, Laski has a team of 25 and works with top brands.

Laski didn’t  just start a traditional business – she designed a firm that would be conducive to achieving work-life balance. She has zero physical offices and hired senior people with a wide variety of backgrounds who wanted challenging work and desired a flexible environment.

At Felicity, team members have discretion as to when they get their work done. This means they may work outside the typical nine to five business day with the focus being on quality work rather than billable hours. “This enables team members to focus only on what is important and avoid having to prove that they’re super heroes for putting in long hours,” Laski said.

As women, we’ve come far but we need to change the dialogue around bias’ that get in our way. If you’re a leader or become a leader at some point, raise women up and figure out how to help them balance their work/family life. Here’s a few tips to take into account when doing so: 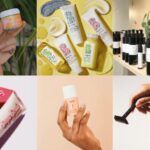 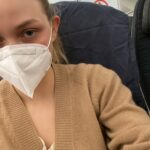 Next: Wondering What Flying Across Canada Is Like During COVID-19? A STYLE Editor Tells You Her Experience