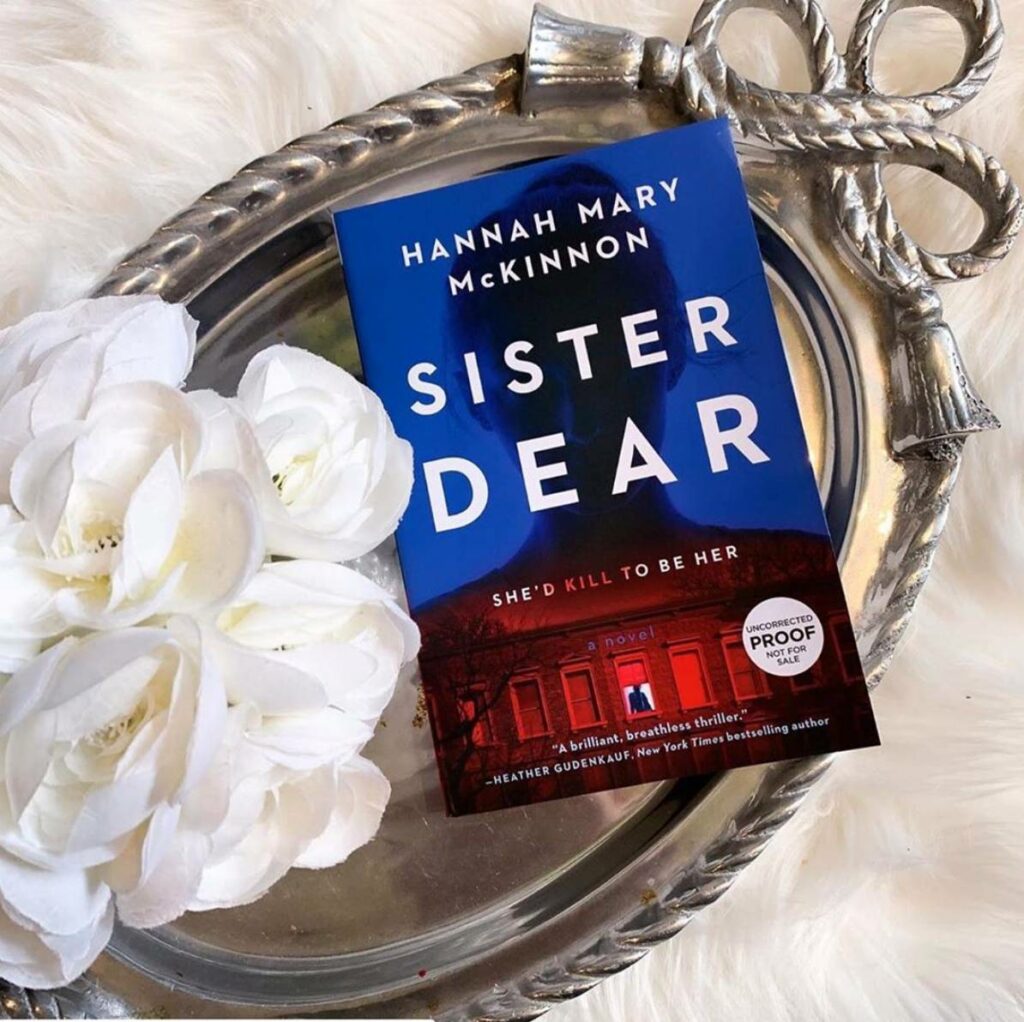 Eleanor Hardwicke has lost her beloved father. Her world is beyond shattered when she learns that the man she cherished was not actually her father and she was the result of an affair. In fact, Eleanor’s biological father, Stan Gallinger, is alive and well. He’s a successful businessman with an adoring family.

Victoria, Eleanor’s half-sister, had the loving childhood that Eleanor desired. She has a doting husband, a budding business, and lives the charmed life that should be Eleanor’s.

But you see, sisters are supposed to share. Now it’s Eleanor’s turn.

Author Hannah Mary McKinnon juxtaposes Eleanor’s flaws as a result of her difficult upbringing against half-sister Victoria’s beauty, wealth, and success. Although both characters are well-written and captivating, it is Eleanor, with all her faults, that plays on your sympathies. Her transformation in the novel is astounding and compelling.

McKinnon blurs the lines between good and evil by writing her leading ladies with both qualities. Deftly plotted and perfectly paced, Sister Dear bewitches readers with its stunning conclusion. It is a story about love, loss, and the best dish of all: revenge.

EC: How many hours a day do you write and what does your process look like?

HMM: How many hours I write depends on the stage I’m at in a book. Typically I’ll work between about 8:00 a.m. and 4:00 p.m., but if I’m in the final editing stages then all bets are off and I’ll work whenever I can because I get so sucked into the story. In terms of process, with each book it has become more streamlined, but the biggest change is that, five books in, I feel more in control. That doesn’t necessarily mean it gets easier. Self-doubt always, always creeps in, particularly when I’m writing my first “skeleton draft,” which is a first, very loose version nobody will ever see. It’s rough, dirty and… terrible – my skeleton drafts always have been. However, I’ve learned to trust my writing process. If I can get the bones of the story on paper, I’ll add layers and complexity as I go over the novel again and again in preparation for my editor’s eyes. I accept the finer details will come as I work through the story. Just like most people who draw, paint, or write music or books, the first draft will never be my best work. I’m glad I’ve accepted that because it stops me from being overly self-critical when I start a project. I’m also more disciplined than in the past because I have deadlines. And I’ve always loved deadlines – especially beating them.

EC: Are you a pantser or a plotter?

HMM: 100 per cent a plotter. I’m very structured, and the more I write, the more I plan. My novels start with an idea- something that pops into my head, a newspaper article, or a discussion I overheard. I noodle the thoughts around for a while as the main characters take shape. The next step is to write an outline. I start by jotting down the big picture plot points, which I then use as stepping-stones to build and write the rest of the plot. I fill out personality questionnaires for my main characters to understand them better, and search for photos on the internet to build a gallery I stick on my pin-board, too. I do all of this before I’ve written ‘Chapter 1’.

EC: Where did you come up with the concept for Sister Dear?

HMM: I heard a radio segment about a woman who’d found a wedding ring at a playground and was trying to locate the owner through social media. It got me thinking—what if the woman found out the ring’s owner had a dream life, and felt jealous? The more I thought about it, the more twisted things became. I realized the individuals had to be related somehow, and if I made them half-sisters it would add to the drama and intrigue. It seems some of the most despicable acts are carried out within families. That was something I wanted to explore.

EC: Do you have a favourite character in the book?

HMM: Eleanor for the win! Writing the entire story from her point-of-view allowed me to really get inside her head and understand how and why she’d become who she was. Right from the start I knew Eleanor would have a distinct lack of confidence, particularly regarding her physical traits. She’d perceive herself far more negatively than anybody else did – primarily because of her relationship with her mother – and she’d suffer from a kind of body dysmorphia. I wanted to show how the attitude of others can impact a person, how we carry these things forward and what they can do to us. It made Eleanor complex and interesting to write, and most of the time I wanted to give her a hug. Having said that, while I hoped the reader felt sympathy for her, I didn’t want it to be so during the entire novel. She did make some rather dubious choices, after all. I did enjoy writing Lewis, too. He was such a good man, the one with the strongest moral compass and he was my guilty pleasure.

EC: Can you tell me about the research you did for the novel?

HMM: There were geographical issues to figure out as I set the book in Portland, Maine, and while I’ve visited, I still needed to make sure I got the streets and distances right. I also had to research legal details including how sentencing and victim impact statements work. I had conversations with a taxi cab owner, the local hospital, and an undertaker, too. I don’t do a huge amount of research before I start writing but tend to put placeholders for areas that need fleshing out, and go back to them after I’ve finished my skeleton draft. That way I’m not spending hours on facts that don’t make the cut, or getting sidetracked by facts which are interesting, but potentially irrelevant to the story.

HMM: There’s a scene where Eleanor gives into her emotions and binge eats. That one cut a little too close to home. Let’s just say food and I are have been frenemies for a long, long time.

EC: In Sister Dear, you explore some pretty toxic familial relationships. Have you always been interested in family dynamics? What themes do you find most interesting?

HMM: I’m fascinated by the resilience and strength of people, how they cope when faced with tragedy, what they do to survive – including the lies they tell themselves, and each other. Our experiences, both good and bad, shape who we become, and shape us differently, which is equally interesting to explore. Creating difficult but entirely fictional circumstances for my characters provides the opportunity to think about how, and why, people have varying reactions to the same situation. I hope my stories also make the reader wonder what they would do if they found themselves in my characters’ shoes.

I’ve always been interested in family dynamics and was raised in traditional nuclear family environment. My parents have been together since the early 60s, they’re generous, loving and open, and have always supported us. I get along very well with my sister, too, and we all enjoy spending time together whenever we can. I’m extremely fortunate. Maybe that’s why I write these twisted stories—having a highly dysfunctional family frightens me; it would rip away a large part of what gives me stability and comfort, and what my husband and I want to provide our kids with. Writing about it lets me explore those fears from the safety of my keyboard, and reminds me not to take what I have, and the privileges that come with that, for granted.

EC: If you could tell yourself something about writing and becoming an author when you were younger, what would it be?

HMM: “Slow down! Take a course!” I rushed submitting my first novel, Time After Time, to agents when it was far from ready, only I didn’t know it at the time. After multiple rejections I took creative writing workshops and weekly courses, and had the manuscript professionally edited, which was eye-opening. A few agents were kind enough to tell me the premise was good, but the execution was flawed, so I had a lot of work to do. On the other hand, my inexperience perhaps wasn’t such a bad thing. If I’d known how difficult it was going to be from the outset, maybe I wouldn’t have persevered. However, there’s no question that taking writing courses earlier would have helped!

HMM: My next two novels are psychological suspense stories. Book 5 (set to come out in 2021) is about a man who wakes up on a beach with no recollection who he is or what he’s doing there, and when he finds his way home he discovers he abandoned the place two years prior… and some people suspect him of murder. We’re in the editing stages of that one and I can’t wait to share the final title. Book 6 (set to be released in 2022) is outlined and I’ve made a start on the first chapters, but it’s too early to give more details – but I’m incredibly excited about them both, and the prospect of introducing you to more of my messed up characters. 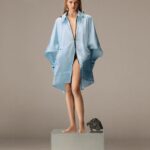 Previous: Burberry Is Returning To The Runway For SS21 – Here’s How 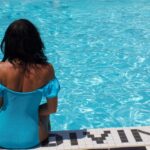 Next: #SummerFridays At The Radisson Blu Toronto