The End Of Ownership: A Talk About Sustainability With The Upside's Lauryn Vaughn - STYLE Canada

Menu
Home FASHIONThe End Of Ownership: A Talk About Sustainability With The Upside’s Lauryn Vaughn

The End Of Ownership: A Talk About Sustainability With The Upside’s Lauryn Vaughn 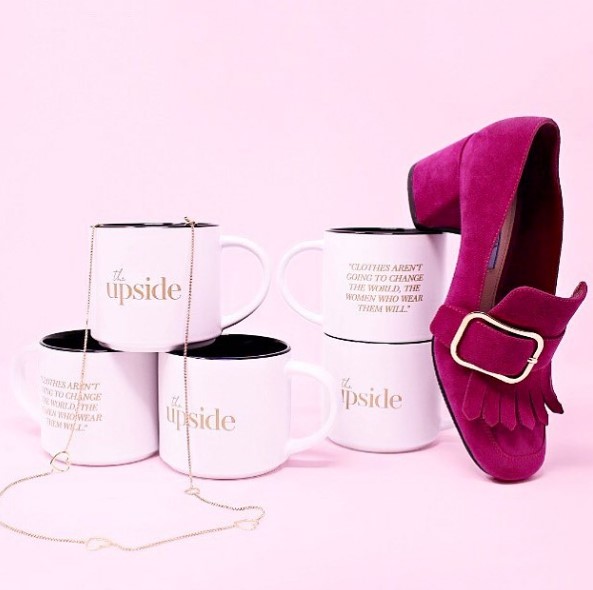 When I spoke to Lauryn Vaughn for the first time, she was just five weeks out from re-launching her nearly four-year-old consignment platform, The Upside. As Canada’s largest and fastest growing online boutique in the resale sector, The Upside quickly outgrew its old tech platform. Though the efficiency of Vaughn’s website once posed a problem for future prosperity, she’s currently got bigger fish to fry.

A.k.a. – the issue of sustainability in the fashion industry.

Vaughn has always had a taste for high fashion, especially when she couldn’t afford it. As a former right hand to Canadian fashion designer Paul Hardy in her twenties, she traveled the world and fell in love with Paris. Despite the magical connection Vaughn felt to the City of Love, no consignment shop owner felt the same way about her wandering eyes and empty wallet. It wasn’t until she returned to North America that she walked out of a luxury re-seller’s doors with a positive retail experience. The only problem: consignment shops were few and far in between in her home and native land, Canada.

“When it started, I didn’t expect for it to become what it did,” Vaughn confessed to me through the Bluetooth speaker in her car. “I started The Upside because I was passionate about designer labels and feeling good in good clothes.”

Since moving from Paris to Calgary, selling wine while working for a marketing agency, getting pregnant at 25-years-old and becoming a single mother, Vaughn’s mission for her business has certainly changed – and its for the better.

From maverick to kingpin

Ironically, Vaughn had no intention of becoming Canada’s largest online consignor at the same time that the resale market exploded. However, she nipped the trend in the bud and put herself on the forefront of it. Shortly after Vaughn launched The Upside, rural residents in Canada each acquired 38 second-hand products and disposed of approximately 44.

“I thought, you know, there’s a market for this in Canada,” said Vaughn. “People are spending more. They’re not investing in things that they’re stuck with forever, and with resale you get both your money back and something new.”

A intense desire for the kinds of luxury retail items that The Upside carries has left Vaughn and her team physically unable to keep up with demand. In April alone, 800 unique shoppers signed up as members to her website.

“What we’re seeing is the end of ownership and this idea that people want three things: value, variety, and quality,” Vaughn said. “Resale is one of those options.”

Waste not, want not (and vice versa)

In the business of fast fashion, designers churn out new collections every season that come at lower price points to encourage consumption. And according to a recent report on sustainability, the system is proving to be increasingly toxic for the environment. Large amounts of nonrenewable resources like pesticides and fertilizers are being used for styles that get tossed by major labels within a year, which leave a negative impact on the environment.

To Vaughn, one of the most disturbing instances of environmental harm in recent fashion history is the $37.8 million dollars of unsold finished goods that Burberry destroyed in 2017, according to its 2017/18 annual report.

“The amount of excess waste from the fashion industry is astronomical,” Vaughn said. “You have brands that are reluctant to change and fearful of the resale industry because they’re aware retail needs to change.”

Fortunately, Vaughn has spurred the fast fashion revolution by creating a digital marketplace where the lives of luxury goods are extended; all of this despite the fact that Vaughn had other plans for The Upside in its infancy.

“What it’s really morphed into for me is empowering women to spend their money better on items that cost a fraction of their retail price,” said Vaughn, “…and still have the benefit of feeling just as good in them.”

Previous: These Canadian Actresses Have Morning Routines That Are All About Their Hair, Skin, And Nails 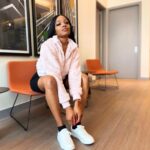 Next: A Running List Of The Best Loungewear Looks

One Reply to “The End Of Ownership: A Talk About Sustainability With The Upside’s Lauryn Vaughn”